Lubricant oil in internal combustion engines performs a number of essential tasks. It reduces friction in the slotted bearings and clearances, as well as between the mating parts, so reducing the wear they sustain. At the same time, it cools the engine by abstracting some of the heat and protects against corrosion. A thin layer of oil seals the combustion chamber and transmits power. Lubrication performs an additional function in keeping the engine clean by releasing and dissipating contaminants, that is, it holds them in suspended matter in such a way that are not able to produce deposits. The different types of contaminants accumulated in the oil have an unfavourable influence on the working of the engine. The sources of these contaminants can be organic and inorganic dust particles, residual elements of contaminants from the production and fitting of the engine, and also small filings formed as a result of the wear of parts during use. Just as threatening to the working of the engine are soot, water and the acids from the combustion process.

If engine oil is not properly filtered, abrasive particles penetrate the free spaces of the mating parts and can cause damage. The particles that most accelerate wear to engine parts are of the dimension 5÷30 µm. Because the oil is in constant circulation, the wearing processes are repeated many times. After a time, this can lead to increased consumption of oil and fuel, reduced engine power and a distinct increase in environmental pollution caused by exhaust gas emissions. To avoid serious damage to the engine, it is important to remember to change the oil and filter regularly. 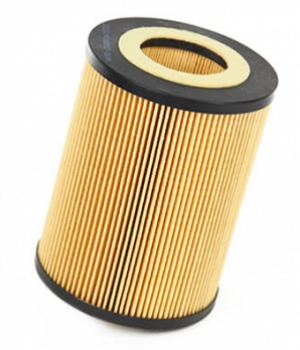